Obama And Your Online Identity

Obama Wants To Help You!

Really, Obama wants to help you be secure on the Internet

in peace. But at what cost to us? The price will be our freedom plain and simple.

In a posting on Fox News on July 2, 2010 a Mr. Bavisi is president and co-founder of the International Council of E-Commerce Consultants

In his article Mr. Bavisi explains how the current methods of using passwords and usernames is out of date and prone to security breaches and theft. One can’t help but agree with Mr. Bavisi on these issues, especially if you have had some sort of issue with stolen passwords.

But this could change in a big way. Right now the federal government is proposing a new system being referred to as the “Identity Ecosystem

”—which was highlighted in the recently-released draft paper, “National Strategy for Trusted Identities in Cyberspace

The Identity Ecosystem would allow Americans to choose to obtain a single authenticated ID for online transactions. Like a passport, this single ID could travel with them online and be used to access everything from e-mail, to online health records and banking information. Furthermore, the Identity Ecosystem would only reveal the least amount of information necessary for each transaction.

1) Mr. Bavisi explains who will pay (like we didn’t already know):

But the costs associated with implementing such a system would likely be enormous. The NSTIC has anticipated some kickback and will be offering businesses incentives such as tax credits/breaks, insurance, grants and loans for early adoption.

However, the question is: Are these incentives enough?

Although the NSTIC proposal is somewhat vague on this issue, the government will have to be prepared to work with the hardware industry in order to ensure that smart-card readers, scanners, etc. are integrated with standard systems. Obviously, consumers that adopt such a system with their existing hardware will need to somehow upgrade their systems. It will certainly require a lot of negotiations within the industry, as the government may run into disputes over patent ownership between companies with conflicting interests. In order to integrate the system into existing sites, companies will need to pour money and resources into writing code to integrate an ecosystem with existing Web assets.

2) The article attempts to put our minds at ease about how much of our information will be made public:

The Identity Ecosystem would allow Americans to choose to obtain a single authenticated ID for online transactions. Like a passport, this single ID could travel with them online and be used to access everything from e-mail, to online health records and banking information. Furthermore, the Identity Ecosystem would only reveal the least amount of information necessary for each transaction.

To highlight the potential consumer benefits of such a system, the White House’s proposal uses the example of an individual filling a prescription online. Under the “smart ID card

Yes, right, this should work as well as Obamacare when it was shoved down our throats.

3) No need to ask Mr. Bavisi about this issue just ask yourself this:

“Do I trust Obama’s socialist government with my personal information?”

According to the Bavisi article:

What’s important to note is that membership in the smart ID program would be voluntary—both for consumers and companies. Individuals who wanted to become members might apply for a smart identity card through their state government. Because the program is voluntary, the government is stressing the importance of consumer confidence, education and usability.

Well that should surely put your hearts at ease!

“Meanwhile, travelers from a number of states may soon have to bring their passports to the airport because their driver’s licenses will no longer serve as valid identification for U.S. airport security checkpoints. New “Real ID” laws requiring a uniform federal standard for driver’s licenses by the Department of Homeland Security are going into effect Jan. 1, and some states’ licenses are not up to those standards.” Fox News 2015 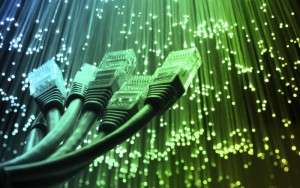