By now you’ve heard of the
Chinese radios

that have sort of set the amateur radio community on its butt. You have a lot of people who like these radios if for only two reasons: price and features. Sure… you’re going to hear the detractors as well. Those who have used Product XYZ for a gazillion years and hope to get a gazillion more years or more out of them. I read on a blog about a year ago where the writer was doing a review of a
Wouxun HT

he had just purchased. Lot’s of people were on his butt about buying Chinese radios. As opposed to Japanese radios? Anyway, this blogger said it best: “So it won’t last for 13 years like your Icom/Kenwood/Yaesu. The question is: do you want it to? The technology changes so much a radio is fairly dated after only being on the market for a year.” When you think about it the blogger hit it one the nail head, why look down on the cheaper (more affordable?) radios when the market will change so rapidly?

There’s another part of the Chinese radios that some people hate: programming them. No… don’t buy the software and program them via your computer. The few dollars you spend on the cable and software will be consumed as you repeatedly pull your hair out doing it by hand. Programming these radios aren’t all that hard once you learn the menu system. That’s the key to programming, and the source of frustration, with these Wouxun radios. Problem is that people are so so spoiled by talking into Siri on their iPhones or other “personal assistant” they have on the phones that they can’t handle anything like the shortened programming menus one finds on ANY amateur radio on the market these days. If you are going to go the program through your computer then buy the
programming cable

and use Chirp for the software.

Back to the Wouxun, they’re cheap. They’re available. They’re worth the money that you pay for them. So here’s a fairly current list of Wouxun radios on the market: 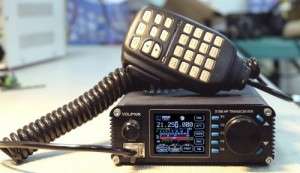