What is it and why should I carry one? Software defined radio, SDR as its followers call it, is an electronics device that allows you to monitor signals across large swaths of bandwidth using only the SDR software.

So how will this help when the SHTF? Simple, most everyone will have a laptop computer of some sort. It’s beyond this article as to the capabilities a laptop computer will bring to you. That being said you can use this same laptop as a high tech radio receiver!

Here is one of many open source SDR software applications in use. The peaks you see in the uppermost window of the application are actual radio signals. All one needs to do is click their mouse on any of those peaks and the receiver frequency will change. 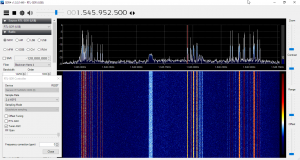 No knobs, no radio to speak of. Just a USB dongle similar to the one shown below: 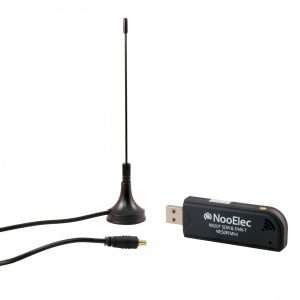 Granted the antenna isn’t going to pull in all that much but antennas are something radio survivalists specialize in.

There are many other designs of SDR equipment so it’s suggested you use Bing or Google to search for more information on them. One thing you will learn, these other designs escalate in price as the features go up. There are SDR units that are stand alone and connect via a computer via a USB cable. Some are plug-in units that connect directly to a computer motherboards. Some SDR give you HF access, while the majority are for VHF and higher. Listen in on medical calls, business signals and more.