Ham radio, or amateur radio a it is called by the FCC, is one of the most attractive means of communications available for survivalists and preppers alike. True, you need an FCC license to use ham radio in the United Stated but it isn’t all that hard to get licensed in the Technician class. To be frank about it a
Technician’s class license

is only half of what a survival situation will require. Tech’s seem to be grateful to get on 10 meter voice but they don’t realize how absolutely flaky the 10 meter band can be. If it isn’t the atmospheric problems it’s the way the band can disappear in the middle of a conversation. Since 10 is the only band a Tech can use voice on they will need a General Class license to work the other bands on voice. Two of the better bands to be on in
SHTF 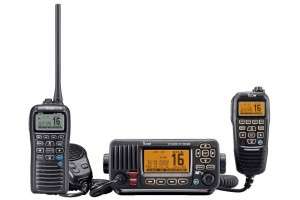